In Theatres
Posted October 19, 2021 by FilmManiacs in In Theatres, Sci-Fi
Overall 10

Ok, so it no secret that I have been looking forward to a remake of this pretty much since I saw the original David Lynch 1984 which by his own admission he didn’t even like. Now I don’t blame Lynch for not being able to pull off an almost impossible task. In case you have ..

Ok, so it no secret that I have been looking forward to a remake of this pretty much since I saw the original David Lynch 1984 which by his own admission he didn’t even like. Now I don’t blame Lynch for not being able to pull off an almost impossible task. In case you have never read Frank Herbert’s novel, I personally would have thought it was unfilmable. With the complex story line and constant internal dialogue it is a major task for any caliber director to take.

Although I did enjoy the effort the Chilean director Alexandro Jodorowsky put into trying to get his vision off the ground, which by the way I and many will credit for being the inspiration for most if not all of the modern science fictions worlds we have today (Star Wars, Blade Runner, Alien…) But I wont bore you with that but rather suggest that you go and watch Frank Pavich documentary film “Jodorowsky’s Dune”.

Now back to the task at hand…

Villeneuve (Blade Runner 2049, Arrival) is a master at creating mind blowing worlds. His visuals are not only stunning, but the cinematography and compositions make each scene a piece that anyone would hang on your wall. With all that said he tops himself in Dune. From customs, the biggest spacecrafts in film history and flying ornithopter that in my opinion rival the x-wing fighters the coolness factor!

Dune is set in the year 10191! Yes, 8,170 years in the future, so non of that 50 years in the future nonsense! The Emperor of the known universe has decreed House of Atreides should oversee the ongoing colonization of the desert plant of Arrakis, which is the source of the most valuable commodity in the universe “Spice”. Spice is essentially a drug that can produce longer life span, increase vigor, and other hidden powers one might have.

Duke Leto (Oscar Isaac) is the benevolent ruler of House of Atreides. He hopes to become partners with the Fremen, the native inhabitant of Arrakis who have been oppressed for years by foreign governments. The Duke sends his troops led by Duncan Idaho (Jason Mamoa) to find the Fremen learn their ways and let them know that House of Atreides will be different from past colonists.

The Duke finally arrives on the planet joined by Lady Jessica (Rebecca Ferguson) who is the Duke’s longtime concubine and mother of his child Paul Atreides (Timothee Chalamet). Lady Jessica comes from a long line of women known as the Bene Gesserit Sisterhood who are a lineage of powerful women with the gift of “The Voice” a frightening form of mind control who she has passed on to her son Paul.

Once Duke Leto and his troops settle in Arrakis they discover that not only are the deeply distrusted by the local Fremen tribe but also that the majority of the harvesting machinery has been sabotaged but the previous colonizers led by Baron Vladimir Herkonnen (Stellan Skarsgard).

Through all this Paul Atreides is struggling to interpret the dreams he keeps having of Arrakis, who seem to foreshadow that he has already been there before. In which he is accompanied by a beautiful Fremen warrior named Chani (Zendaya). At the same time while awake Paul is trying to learn to control “The Voice” through daily routine tests given by his mother Lady Jessica and his apparition-like Aunt Gaius Helen Mohiam (Charlotte Rampling) to figure out if he is in fact “the chosen one”…

Throughout all this there are some amazing battle sequences that include an attack of Arrakis by House of Harkonnen, several hand to hand combat battles between Duncan Idaho and Harkonnen soldiers, Paul and Fremen warrior Jamis and oh yeah and did I mention the Shakespearesque performance by Javier Bardem who plays Fremen leader Stilgar…yes all of this is packed into 155 minutes…155 minutes…155 MINUTES! Oh yeah…and this is only Dune:Part 1!!!

I was very skeptical about this film. Specially knowing the harrowing task at hand. But Villeneuve has delivered and then some! This film is one of the best in recent years, decade, or I’d go as far to say as the 2000s. It is a perfect mixture of story telling in all forms. It is a slow burn film much like Blade Runner, but in the end the final product is beyond many of us expected. It does not disappoint in the least and I am sure that it will satisfy the many cult fans of Frank Herbert’s source material. 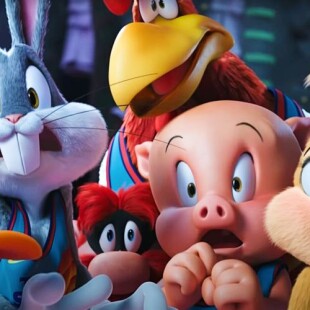 The new iteration of Space Jam was a delightful experience. LeBron James gives a surprising performance as a dad who is caught between wanting what he wants for his children and letting them be who they want to be. This theme permeates throughout the movie as LeBron and his young son, Dom... Black Widow is the origin story of Marvel Avengers’ Natasha Romanoff(Scarlett Johansson).  I was very pleasantly surprised at how entertaining this movie was!  The music, the cinematography, and the action scenes were all top shelf and must see and listen cinema! It is also nice to see the... In the Heights is a wonderful musical film about the lower income residents in the Washington Heights district of New York City and their stories of struggle and triumph,  As a fan of musicals, I found this to extremely well done and very much entertaining.  Director John Chu brilliantly tells...