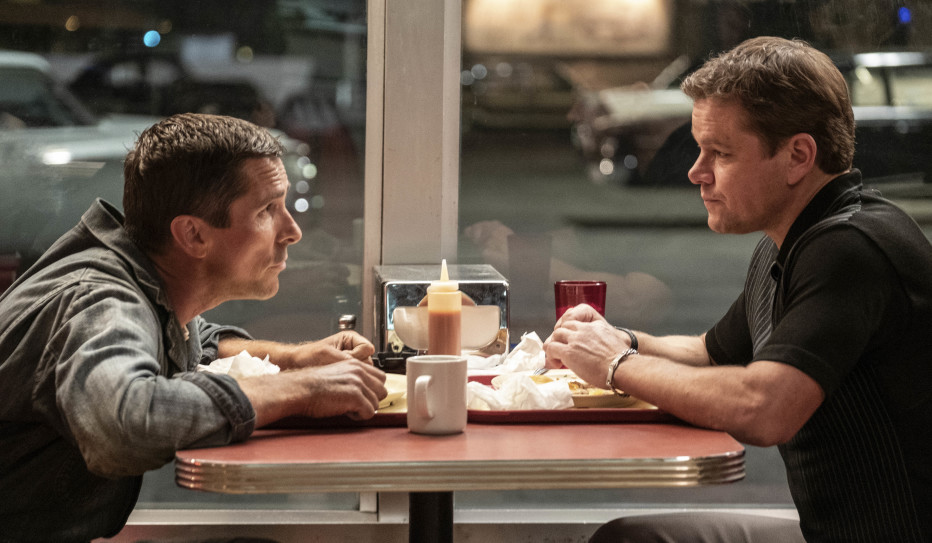 So this is part of what many people don’t know about me; I am a car fanatic!  I have been a fan of racing for many years so I was excited when I heard that they had green lit this rival story.  I wondered if what side they would take, as there has been several documentaries about this very thing.  One of my favorites is The 24 hour WAR from 2016.

Much of human achievement, in one way or another, has its roots in some kind of petty grudge or a need to prove one’s pride. The Space Race between the United States and the Soviet Union was driven by a need to prove which nation could sooner master the technology needed to reach the stars and in 1966, Ford Motors won the first three places of the 24 Hour Le Mans race after Enzo Ferrari, designer of the namesake car, called Henry Ford II “not Henry Ford” A slap in the face that Ford would not let go unanswered.

And Ford is just one enormous personality of many in James Mangold’s Ford v Ferrari, a celebration of the spirit of competition and antagonism which fuels much innovation. For it’s through the spirit of competition and antagonism that the virtues of our two main characters become apparent. The first is Carroll Shelby, played by an otherwise amiable Matt Damon. In 1959, Shelby became the first American to win the 24 Hour Le Mans race. But the experience of the grueling race left him beaten and changed forever. In 1966, he now takes pills to monitor his ticker of a heart. Now a manufacturer of cars, Shelby still feels the pull of the racetrack and the thrill of competition. A feeling he shares with his top racer, the aptly named Englishman Ken Miles. Played by Christian Bale, Miles is a hot-blooded, temperamental, foul-mouthed perfectionist who is also the best driver Shelby knows. It is these two men who are recruited by Lee Iacocca (Jon Bernthal) to win Le Mans.

It’s quite obvious where the story will go after this, though Ford v Ferrari’s screenplay is clever enough to keep the journey entertaining. The snappy dialogue and (sometimes literally) punchy character interactions keep the film engaging, and allow for some very entertaining performances from Damon and Bale. Damon’s Shelby is a smoothtalker and salesman all the way through, keeping the debonair racer inside him in check. It’s when he finally demonstrates to Ford played by Tracy Letts that the intense demands of the racetrack that we finally get to see Shelby’s inner intensity cut loose and take center. By contrast, it’s in the moments with his adoring wife and son that we get to see the tenderness in Bale’s Miles. He may be an arrogant, entitled, self-important man, but it’s born out of both love of his family and a love of the sport he’s an expert in.

Which brings us to the true star of the show: when the world otherwise fades away, and we only see the men and their race cars, the movie becomes something else. Every race sequence is filmed with intensity and anxiety-inducing loudness, and is the closest one can feel to the actual nerve-wracking tension of the track. Truly, if one is to see Ford v Ferrari, a movie theater is the only venue to truly get the full experience it entails.

This is an enjoyable film that keeps the audience engaged.  As I expected it focuses more on Ford’s version of the story and I for one would have loved seeing Enzo Ferarri’s legacy in the making.  There is some Oscar buzz talk about this film, but with a year of stellar films such as The Irishman,  Once Upon a Time…, 1917, Joker, 1917, Jojo Rabbit, Parasite, and a Marriage Story, it’ll be tough for FvF to keep up. 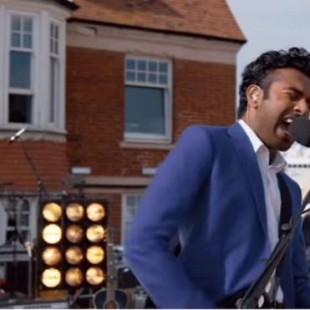 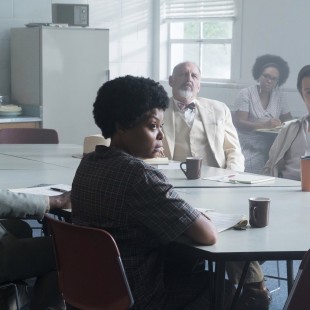 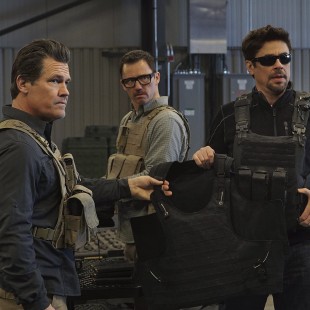